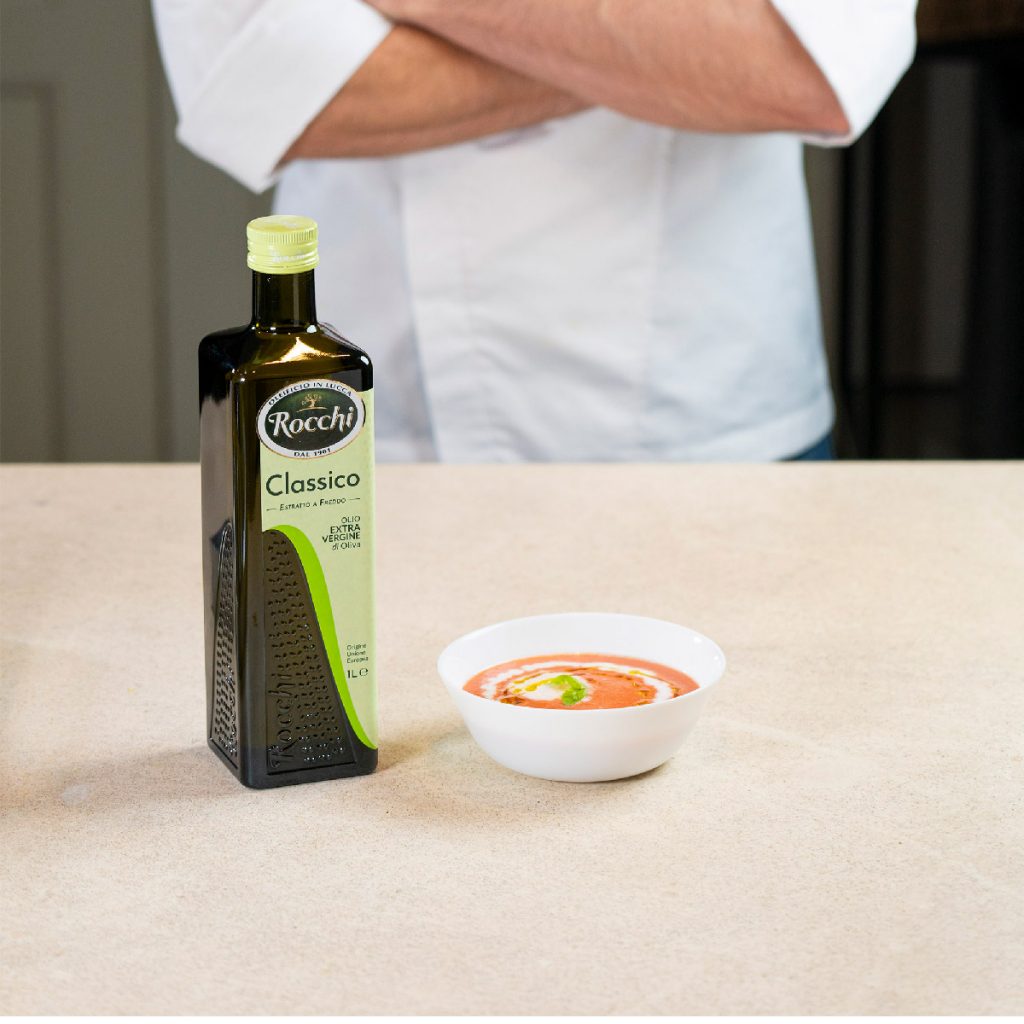 Extra virgin olive oil (EVO) is the highest quality product and on the label it is defined as “Superior category olive oil obtained directly from olives and solely by mechanical means”. It is therefore a food:
– Of high quality because it is obtained exclusively from the pressing of only olives of which it preserves all the nutritional properties.
– Produced from whole, healthy, fresh fruits harvested at the right degree of ripeness.
– Obtained without the addition of any chemical additives.
– Extracted with exclusively mechanical processes.

Andalusian gazpacho is one of those cold summer dishes that are immediately trendy.

This dish has peasant origins: thanks to its freshness, the laborers took it to the hot fields and ate it as a tasty and refreshing snack.

This feature is so sought after that, at times, it is accentuated by the addition of ice cubes during preparation.

Gazpacho has multiple variations and can also be served as a cocktail or as a soup accompanied by diced onion, toast, boiled egg, cucumbers and tomatoes.

Our Luca Leitermann has revisited it with our Rocchi Oil.

You just have to try it! 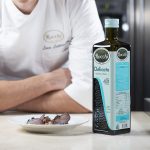 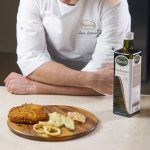 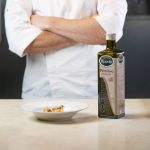 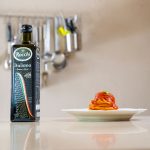 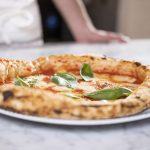 The most famous Italian dish